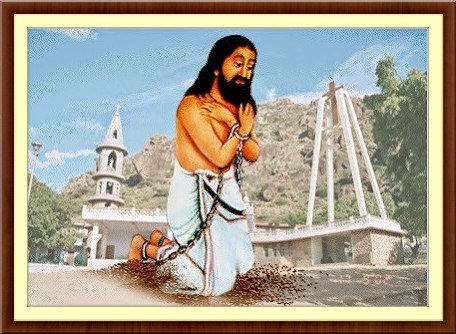 by Angelo Amato
(On behalf of Benedict XVI)

📌 Aᴛᴛʀɪʙᴜᴛᴇs : Tied up in chains, Praying on knees before execution

DEVASAHAYAM PILLAI [LAZARUS]
Layperson in the Diocese of Kottar;

Also known as
Blessed Devasahayam Pillai (Tamil: முத்திப்பேறு பெற்ற தேவசகாயம் பிள்ளை) (1712–1752), born Neelakanta Pillai in southern India, is a beatified layman of the Latin Catholic church. Born into a Hindu family in the 18th century, he converted to Christianity and is considered a martyr of the Christian faith. Pillai was an official in the court of the king of Travancore, Maharaja Marthanda Varma, when he came under the influence of Dutch naval commander, Captain Eustachius De Lannoy, who instructed him in the Catholic faith. He is believed to have been killed by the then Travancore state for upholding his Christian faith.

In 2004, at the request of the diocese of Kottar, Tamil Nadu Bishops' Council (TNBC) and the Catholic Bishops' Conference of India (CBCI) recommended Devasahayam Pillai for the process of beatification to the Vatican. Some Hindu groups objected to this initiative on the grounds that there was no evidence of religious persecution in Travancore during that period, and that Pillai was executed for sedition. However, documents dating back to the period of Devasahayam Pillai show that conversion of court officials to Christianity was not tolerated.

On June 28, 2012, Pope Benedict XVI authorized the Congregation for the Causes of Saints to promulgate a decree regarding the martyrdom of Devasahayam Pillai and he was referred to as "Venerable".

On 2 December 2012, a ceremony of beatification and declaration of martyrdom was held in Nagercoil, in the Roman Catholic diocese of Kottar in Southern India, presided over by Angelo Cardinal Amato, Prefect of the Congregation for the Causes of Saints, acting as papal delegate. Devasahayam Pillai is the first layman to be elevated to the rank of "Blessed" in India (the step preceding raising a person to Sainthood under the Canon Law of the Catholic Church). 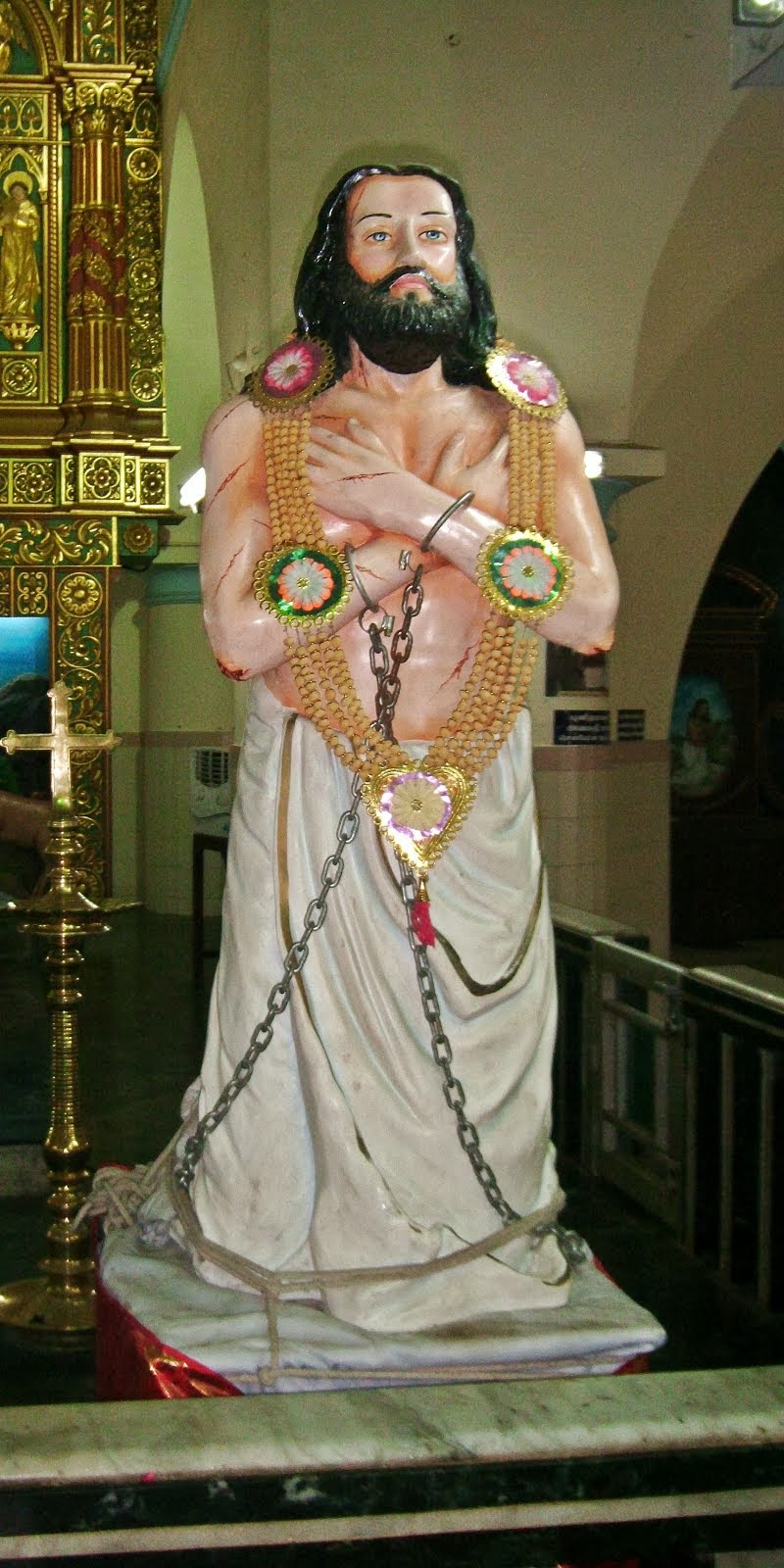 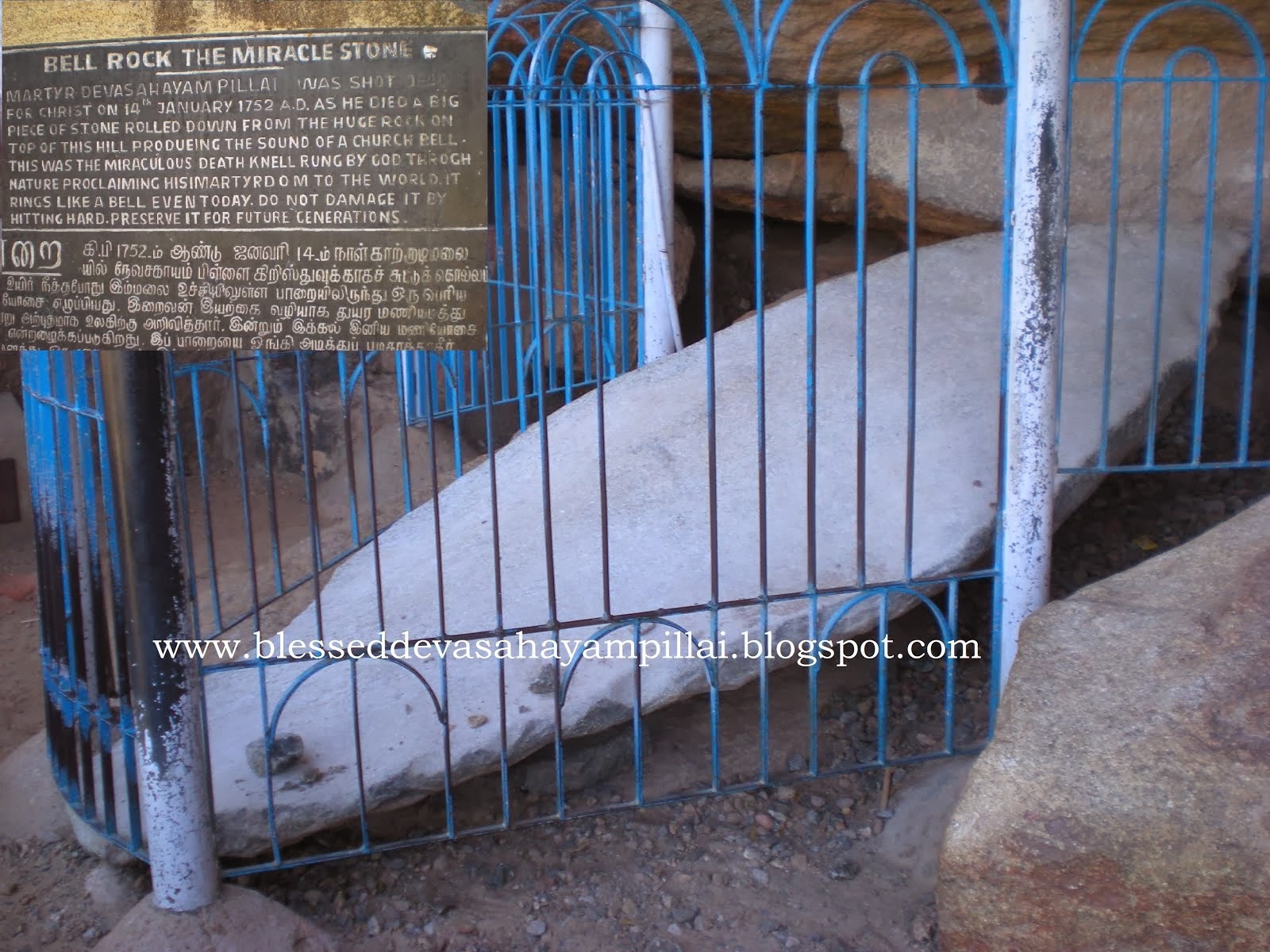 At the spot on the hillock (called Kaattadimalai), devotees believe that rocks fell down the moment when he was shot. One rock at the place makes bell-like sound when knocked with a stone.

⛪ The Tortures and Torments of the Christian Martyrs 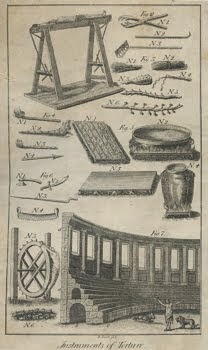